Lying in the Annamite Mountain Range of north-central Vietnam, Khe Nuoc Trong (KNT) is one of the best remaining examples of Annamite Lowland Forest in the world. The protection of Khe Nuoc Trong is supported by the Carbon Balanced Programme, working through World Land Trust’s in-country partner Viet Nature Conservation Centre (Viet Nature).

The project aids research into biodiversity and supports rangers to carry out joint law enforcement activities with the local authorities and other stakeholders that include patrolling, surveying hunting practices and illegal wildlife supply chains, monitoring and snare removal. These protection activities reduce pressures on the forest, preventing degradation and allowing degraded areas to revert to high-quality forest producing a climate benefit of 42,000 tCO2e annually.

Habitat regeneration through removal of invasive grasses and planting of native trees. Protective measures through international Carbon certification and national recognition as a protected area. 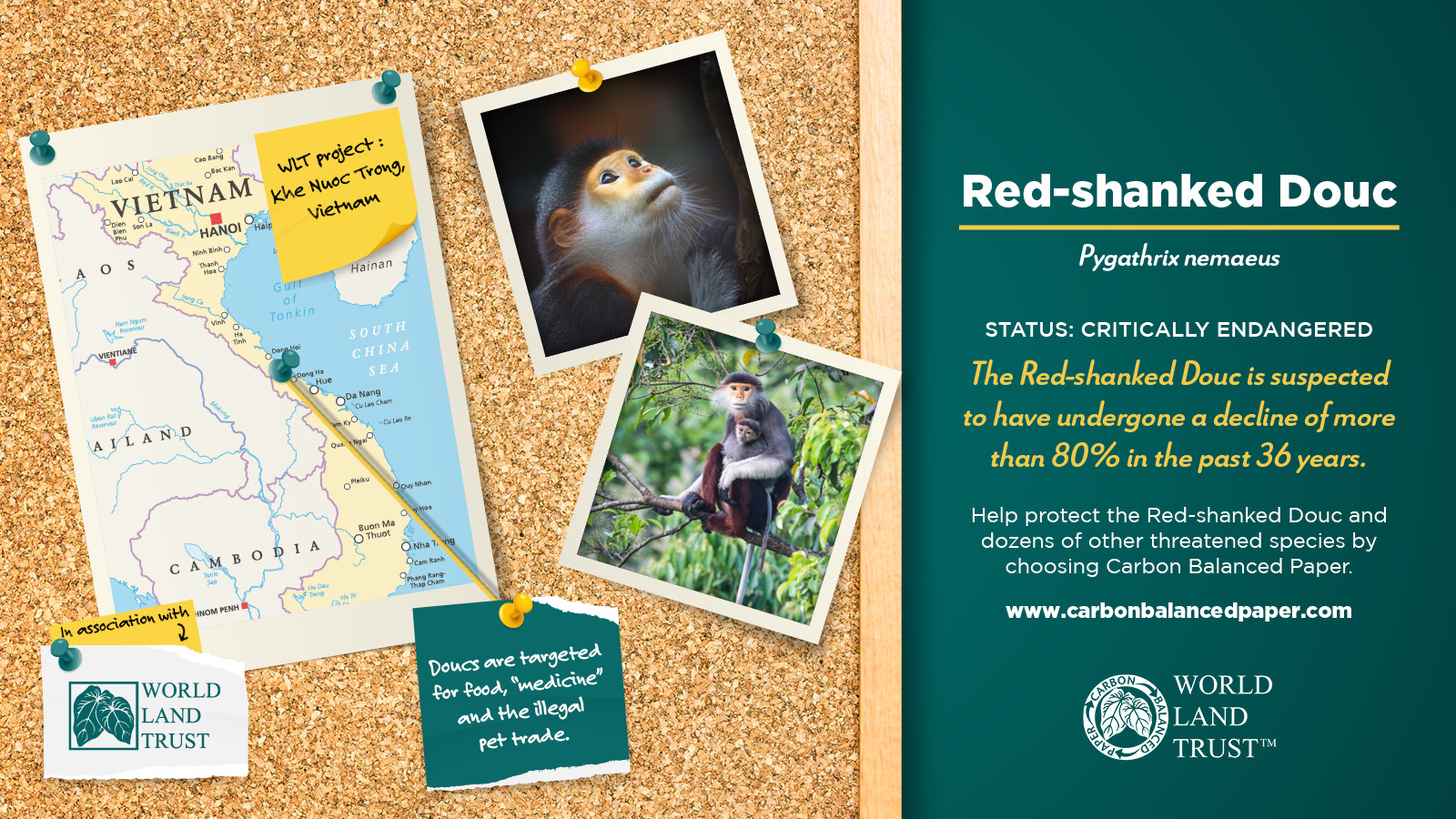 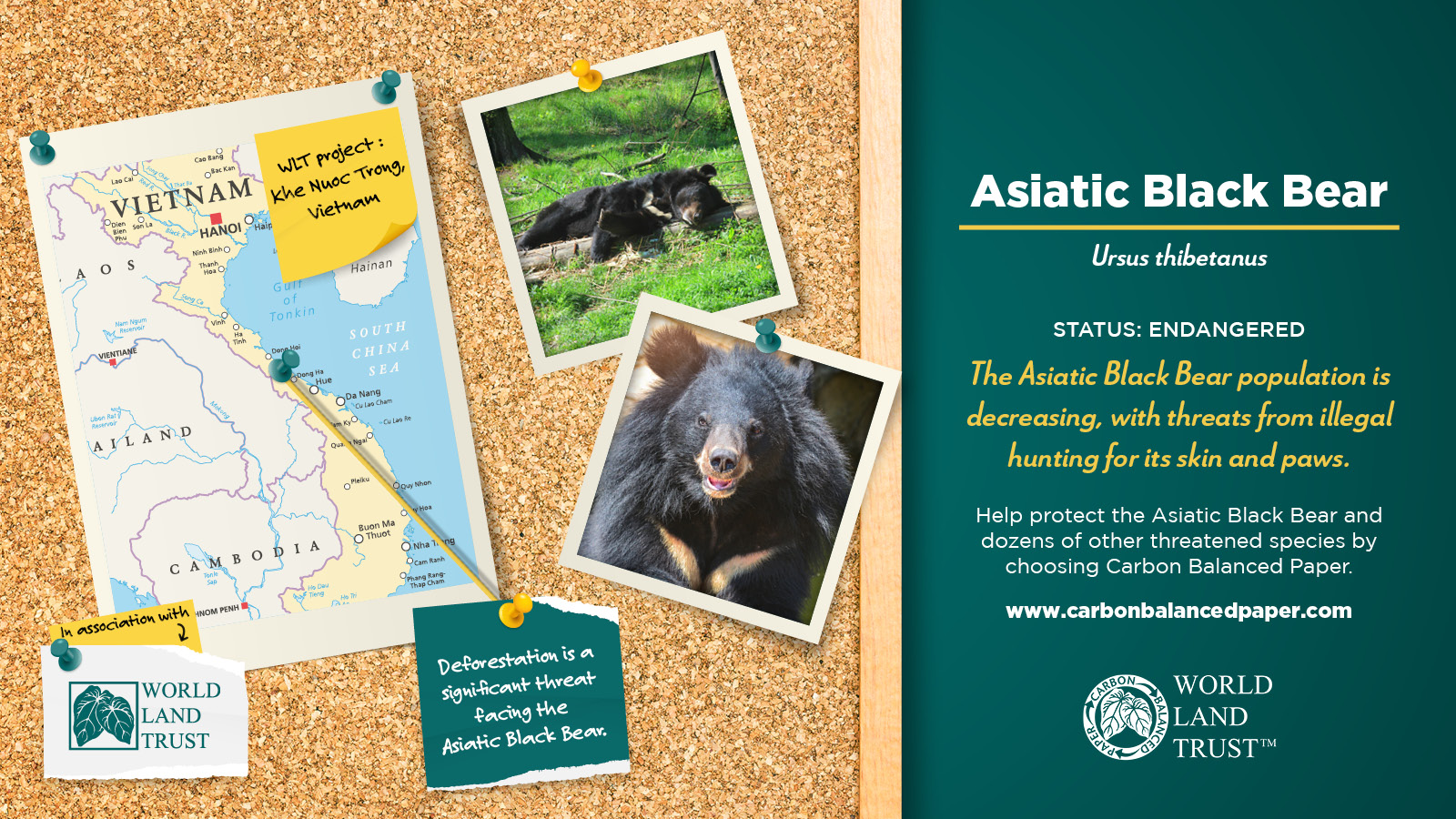 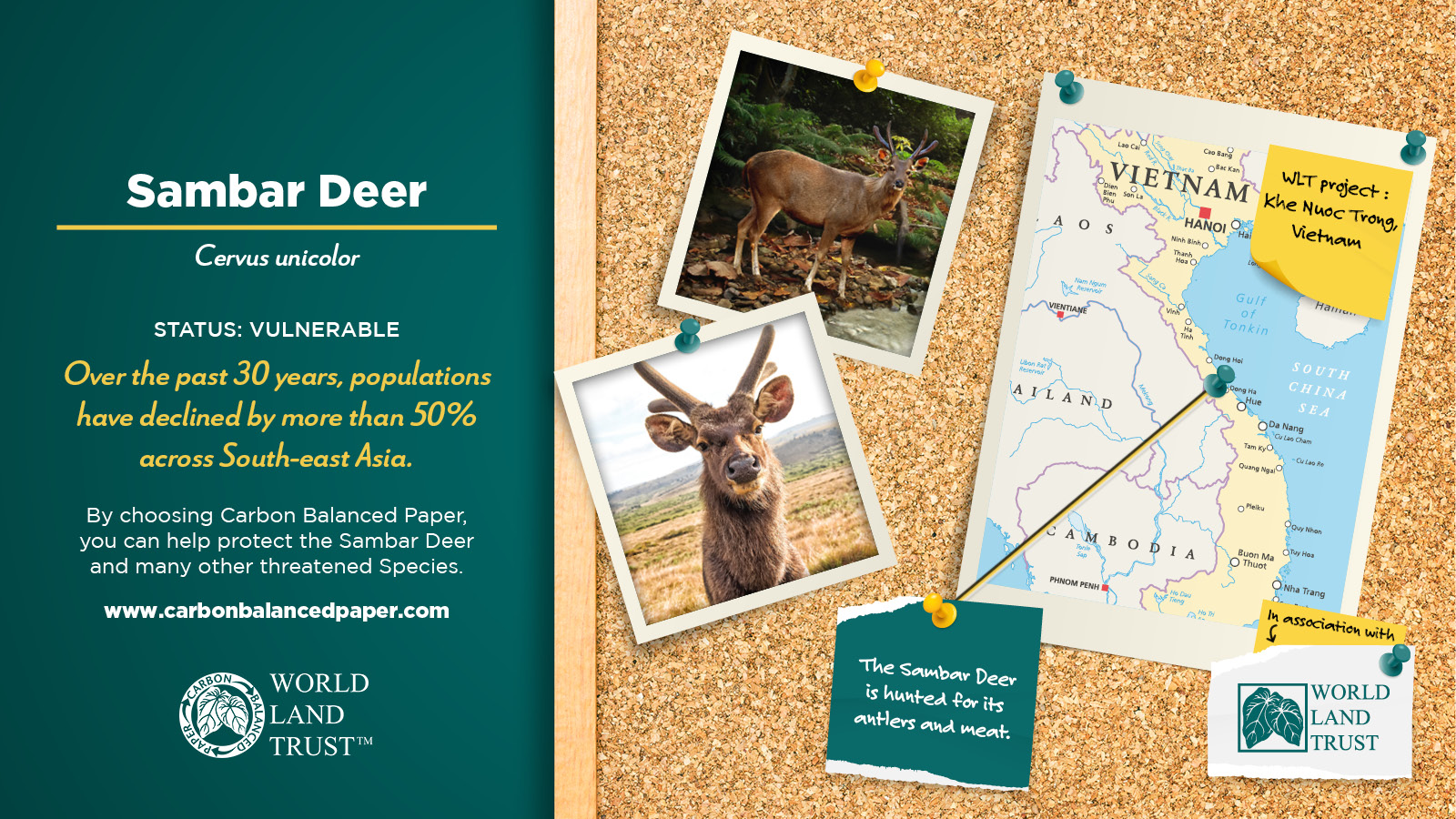 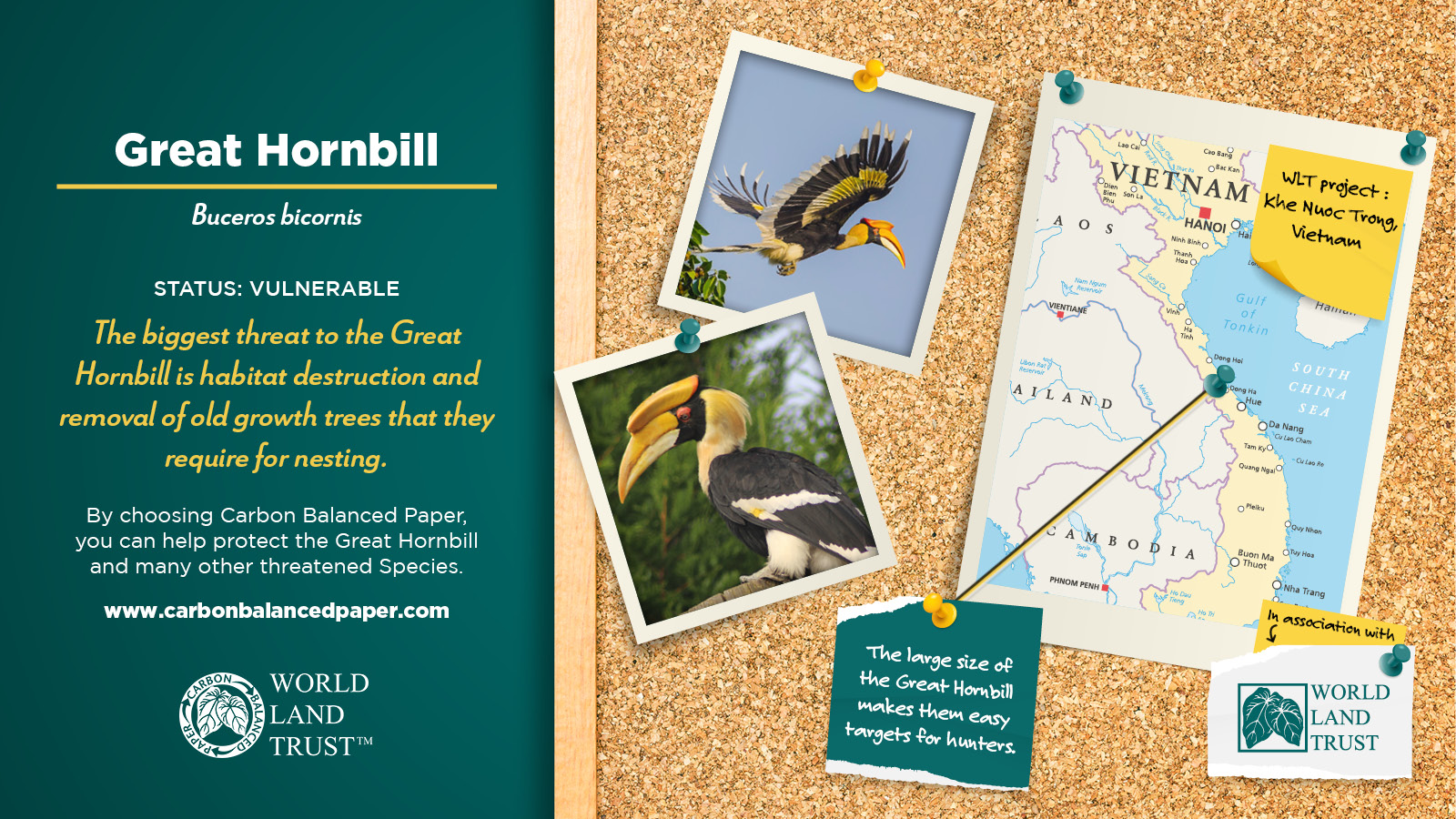 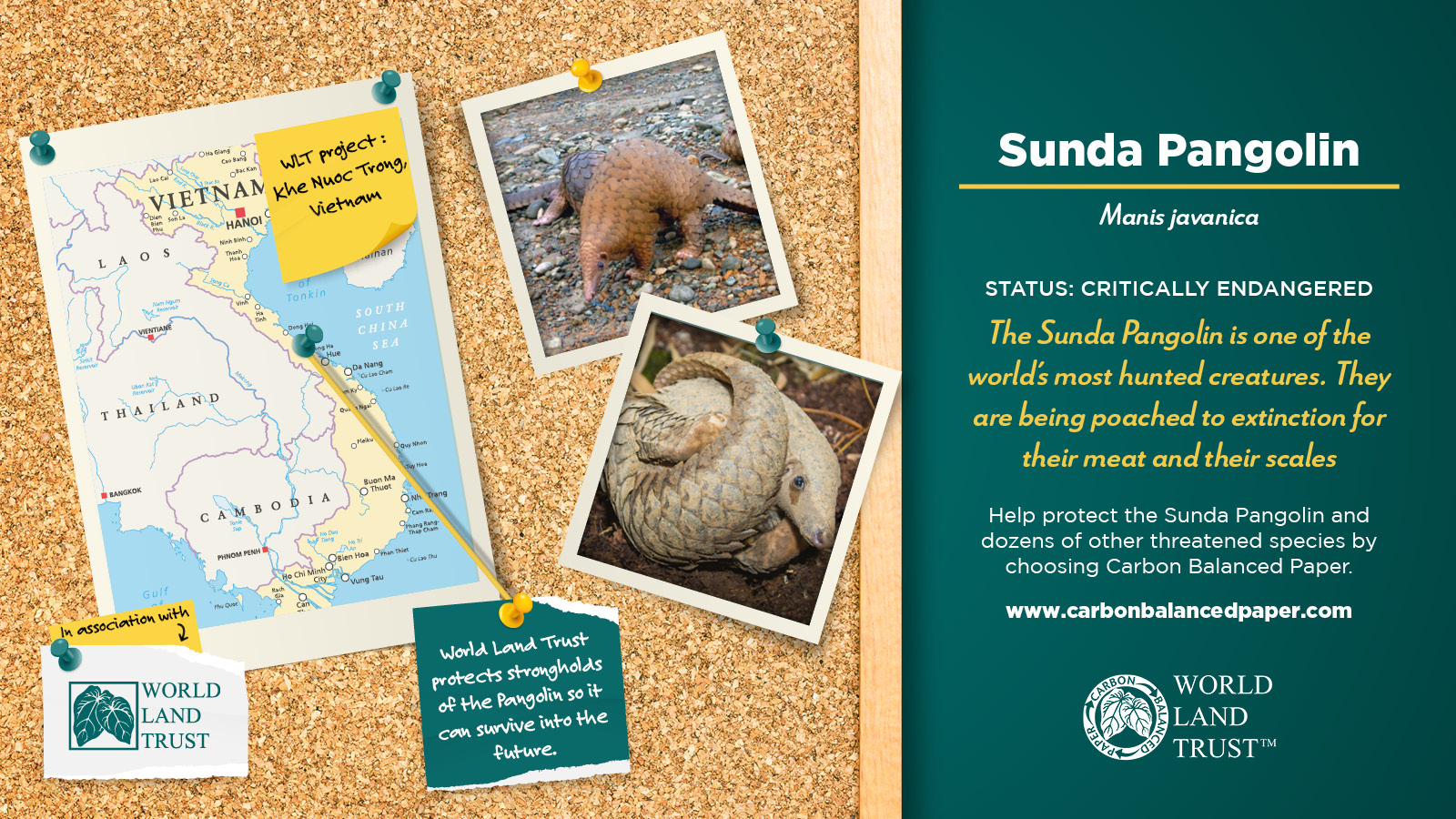 Khe Nuoc Trong contains a number of globally iconic species including the Crested Argus, White-cheeked Crested Gibbon and the Red-shanked Douc Langur. It has been identified as a suitable location for the reintroduction of the Critically Endangered Edwards’s Pheasant.

The forests of the Annamite lowlands are home to exceptionally rare and threatened wildlife, with many species found nowhere else on earth. Despite facing immense pressures, the area retains a rich biodiversity and has been home to many recent scientific discoveries. One of the rarest mammals in the world, the Critically Endangered Saola (Pseudoryx ngethinhensis), was only described in 1992.

WLT has helped fund botanical, mammal and herpetological surveys in conjunction with an ongoing camera trapping programme, which establishes a biodiversity baseline, which the success of the project will be monitored against.

KNT is located within Quang Binh province, which has one of the highest levels of amphibian and reptile diversity in Vietnam. Three amphibian species new to the province were discovered in KNT following a herpetological survey in 2015.

Main Threats To The Area

In the absence of the project, the forest would remain in a steady but lower carbon state, due to ongoing forest degradation.

Poaching of biodiversity through hunting and snaring has hit high levels and without the project intervention these activities were expected to continue increasing.

As a Watershed Protection Forest, KNT provides clean water to local communities and feeds downstream rice paddies. Nearby communities, largely made up of the Van Kieu ethnic minority, use the forest for extracting non-timber forest products, for use as a source of income. The project is investigating the ways in which this extraction of NTFPs could be used to promote sustainable livelihoods.

WLT is also supporting Viet Nature’s work with forest owners, local communities and authorities to ensure that the area is well protected. Strong relationships have been formed with local conservation groups to report illegal activity, carry out patrols and remove snares.