Located high in the mountains of the Sierra Madre Oriental, adjacent to the Sierra Gorda Biosphere Reserve, this project will protect the temperate and cloud forests of Sierra de Xilitla from the significant threats posed by wildfires and timber extraction. To do this, high-quality and community-based forest management will be established within areas of communally held village land known as ejidos.

In addition to having high biological value, these forests also act as a protective buffer to the neighbouring forests of Sierra Gorda and play a significant role in the formation of clouds and microclimates. Funding for forest protection will be derived from voluntary carbon offsetting payments, with natural forest regeneration sequestering 13,800 tCO2e annually.

The creation of a Carbon Fund run by the State of San Luís Potosí will provide the project with long-term financing. The project is being implemented by WLT’s in-country partner, Grupo Ecológico Sierra Gorda (GESG). 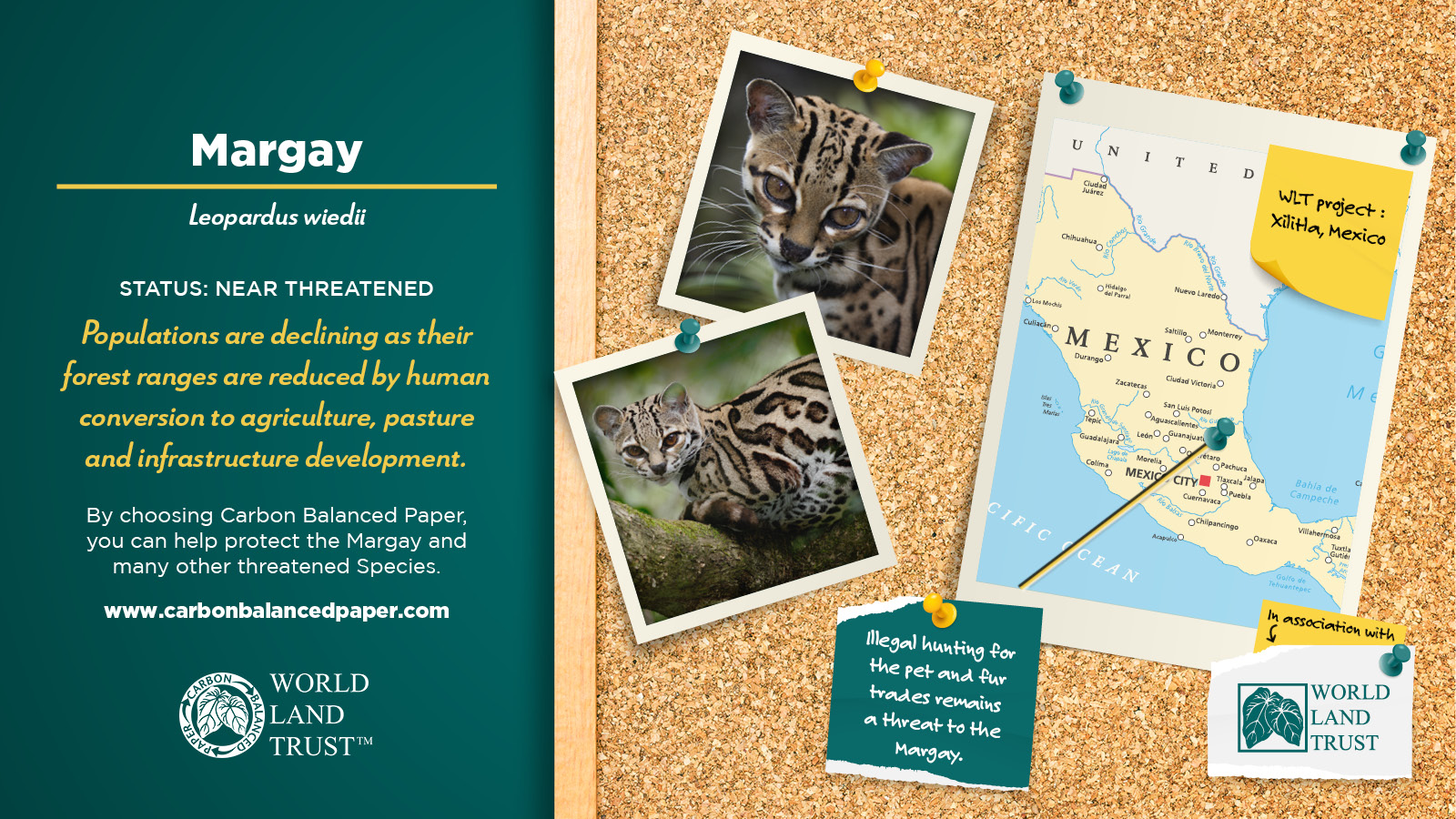 SGBR protects over 340 birds including 27 Mexican endemics, including the globally threatened Bearded-wood Partridge, Red-crowned Amazon and Maroon-fronted Parrot. Regional endemics (to Mesoamerica) include the White-crowned Parrot and Emerald Toucanet.

800 species of butterfly have been recorded including the migratory the Monarch Butterfly.

New species of magnolias, agaves and carnivorous plants have also recently been found in the reserve.

Main Threats To The Area

The main threat to the forests is the expansion of agricultural activities like crop cultivation and livestock grazing. Illegal and clandestine logging remains a real threat to higher elevation forests despite low returns and poor incomes for communities.

The management of the forest is also threatened by the impact of climate change and forest fire incidents. The loss of extensive historical forest cover from the coast of the Gulf of Mexico to the highest peaks of the Sierra Madre has contributed to drier conditions, with recent droughts and low rainfall seasons significantly elevating the risk of catastrophic forest fires. Cloud forests like the ones protected by this project are not adapted to fire.

There are 100,000 inhabitants in the Sierra Gorda Biosphere Reserve in 638 communities across five municipalities.

GESG work with many of these communities on environmental education projects, celebratory festivals highlighting the regions rich cultural and environmental legacy and running recycling centres, managed voluntarily by women.

Additionally, GESG works to promote sustainable tourism that provides benefit to local people. Finally, GESG works with landowners to encourage a holistic approach to farming and helps owners to receive funding for protecting their forests.