The Cannes Lions Festival is traditionally big on excess but low on environmental responsibility, but this year climate change was high on the agenda.

“Having signed up seven major organisations, with over 50 brands, the winning campaign has raised over $16m so far”

Looking at the images of this year’s Cannes Lions Festival, you’d be forgiven for thinking that it was business as usual. Huge yachts, gallons of rosé, and helicopters buzzing to and from nearby Nice airport – none which screams environmental friendliness, not to mention the hundreds of flights required to transport the world’s entire ad industry to a small town in the south of France.

But this year there was a different atmosphere to the festival, one that seeped through the agency parties, high level meetings, award juries and ceremonies. It was an atmosphere of environmental responsibility, that despite the excess on show, the advertising industry was starting to understand that they have a significant role to play in securing the future of the planet and its inhabitants.

The advertising industry isn’t known for its philanthropy and compassion, and many could see this new focus on the environment as simply a reaction to society’s concern over climate change. Most brands are being pushed by their customers to demonstrate their environmental credentials and want to be seen to be doing something positive to lower their carbon footprints and waste. And while brands are demanding campaigns that communicate these new values, they are also looking closely at their ad agencies and their attitudes towards the environment.

But there are indications of a push to feature more campaigns that have a genuinely positive impact on the environment. The SDG Lions Award honours work that helps the United Nations achieve its Sustainable Development Goals, which this year featured work that didn’t just create awareness of an issue, but actually created a solution to tackle the problem.

“In relation to the planet and the environment, there’s lots of action that’s about driving awareness,” said David Droga, Founder and Creative Chairman of Droga5 and President of the SDG Lions jury, “and that wasn’t enough for us. Where we started to get excited is where we started to see actions put in place.”

This year, the SDG Lions Grand Prix was awarded to a campaign called ‘The Lion’s Share’. Created by Australia’s Clemenger BBDO in partnership with Mars Australia, the campaign is voiced by Sir David Attenborough, who introduces an initiative that encourages brands and organisations that use images of animals in their marketing to donate 0.5% of their total media spend to The Lion’s Share Trust. That money is then used to save species from extinction, preserve wildlife habitats and look after animal welfare.

Having signed up seven major organisations, with over 50 brands, the winning campaign has raised over $16m so far, with the aim of increasing that amount to over $100m every year. “By making a small difference today,” says Sir David in the campaign video, “we have the opportunity to make an unprecedented difference tomorrow.”

Of course, away from the glare of the Cannes spotlight, many organisations are working tirelessly on global projects that have similar aims, including World Land Trust. Backed by a host of environmental experts, including Sir David Attenborough, the environmental charity protects the world’s most biologically significant habitats by funding the creation of reserves to provide permanent protection for habitats and wildlife.

World Land Trust requires a substantial amount of funding, some of which comes from a groundbreaking initiative called Carbon Balanced Paper, which enables brands and organisations to reduce the carbon emissions of their printed communications. By using Carbon Balanced Paper, you can not only reduce your carbon emissions but generate funds that will help World Land Trust to save the world’s most endangered habitats.

The advertising industry may be starting to develop a conscience about the natural world and its part in securing its future, but there’s plenty brands and organisations can do about it right now. 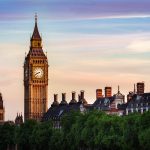 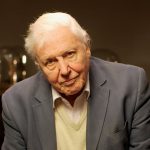