World Land Trust has launched a major new fundraising appeal to restore rainforest that was destroyed during the Vietnam War.

The internationally-renowned conservation charity, World Land Trust (WLT), aims to raise £575,000 to rejuvenate a landscape still struggling to shed the legacy of the Vietnam War. It’s Scorched Earth to Forest Haven appeal will focus on the hills of southern Vietnam, restoring wildlife-rich forests that were devastated during the war over 50 years ago.

The human cost of the Vietnam War was all too vivid, but the environmental impact of spraying this land with the herbicide Agent Orange laid bare large swathes of the country’s forests, which have still not yet recovered. Launching on 3 October 2019 the appeal will start with WLT’s annual Big Match Fortnight, where all donations to the appeal between 3-17 October will be doubled by matched funding from a number of our corporate donors.

With your support, WLT and Viet Nature aim to restore 246 acres across two sites in the nature reserve. This labour-intensive project will start by clearing the land of the invasive grasses which, instead of being burned as usual, will be chopped into smaller pieces and left as a natural fertiliser alongside the compost that will be used for each seedling. The seedlings, grown by a local nursery in the province, will then be taken by foot to be planted. Over the next decade, Viet Nature will protect the seedlings and, when necessary, replant those that do not thrive, ensuring an over 90% survival rate for the new forest.

“This is your chance to support a project that not only restores a lost ecosystem and safeguards biodiversity,” says Dr Barnard, “but also recreates a healthy environment that local people depend on for fresh water, clean air and livelihoods. By planting the seeds that can transform Vietnam’s scorched earth to a forest haven, you will also play a crucial role in tackling climate change, helping to establish forests that will stabilise soils and lock away carbon.”

World Land Trust has the continued support of its Patrons, Steve Backshall, Chris Packham, David Gower and Sir David Attenborough who said “The money that is given to the World Land Trust, in my estimation, has more effect on the wild world than almost anything I can think of.”

If you would like to make a donation to World Land Trust’s Scorched Earth to Forest Haven Appeal, go to www.worldlandtrust.org/appeals/scorched-earth

“These forests are on fire, the lungs of our planet burning to the ground”News, Uncategorised 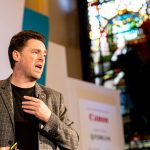